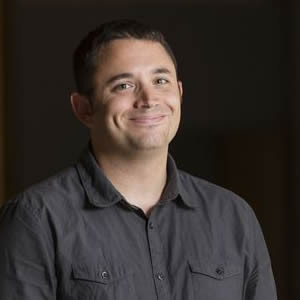 Our first official guest joins us today on the Coders’ Startup podcast, he’s known as Tim Wright and is not only a fellow Coder but actually holds a degree in Marketing as well. This unique combination of skills intrigued me when I first heard from Tim via Twitter. I knew I had to get him on the show to pick his brain.

Tim works for the software development first Fresh Tilled Soil based out of Boston, MA. He’s the technical director and definitely brings a unique set of skills to his workplace.

One of the coolest things that Tim has managed to do is land an actual book deal via the traditional publishing route. This is something that many entrepreneurs dream about, being about to walk into a book-store and point to a hard-copy of a book and say “Hey, I wrote that!”

Tim managed to create a 300 page book called Learning JavaScript: A Hands-On Guide to the Fundamentals of Modern JavaScript

and have it published via the Pearson Publishing company.

For those of you who are interested in how he managed to land a book deal, listen up. The whole process for Tim started four years prior to him actually publishing his book. When he approached the founder of sitepoint.com at a conference, Tim hinted at wanting to publish a book but was quickly shot down.

Tech editing brought in around $300 a shot
Book advance was around $10,000, but the trick is that if the book he published didn’t sell enough in royalties to pay off the advance, then Tim would have needed to pay that money back. So he opted for a lower upfront advance.

Landing a Book Deal with Twitter – By Tim Wright

“Marketing yourself” – connecting with people and not being a jerk

He would search “CSS” on Twitter to see if anyone had a question about CSS topics. Tim would reach out and answer their questions to help build his network of like minded people.

Twitter is essentially a search engine. You can search for any terms you like and see what conversations people are having on Twitter in real-time that match your search criteria. This is extremely helpful, as you can just insert yourself into a conversation and provide value to someone who has never heard of you before.

Tim is a co-host of “The Dirt“, a podcast about the Web, UX and Tech. Their latest episodes (as of the creation of this article) are a three part series that focuses on how to create a successful product.

He leverages a creative technique in podcasting known as cross-over shows. This is the process of partnering up with another podcast host (or hosts) and recording an episode on a topic that would be of interest to both audiences. Then you release the “cross-over episode” to the audiences of both podcasts so that you can make both of your audiences aware of the other podcast’s existence.

Very cool technique, I might just do a cross-over show with Tim in the future!