Before we get started, let’s talk a little bit about our guest today, Mr. John Lee Dumas.

John founded the first ever 7-day a week podcast called Entrepreneur on Fire back in September of 2012. This was actually right around the time that I started my first online business as well. But that’s where the similarities in our stories stop.

Today John is running a massively successful business that (some months) pulls in over $300,000 in revenue. Un-be-lievable.

As of the date that this post went live, John had his income numbers shown for December 2014 where he generated $298,146.

And to think that all of this success was generated in less than three years is just unheard of! He’s such an inspiration to entrepreneurs everywhere.

John didn’t build his business success on his own. He has built many systems and implemented SOPs (Standard Operating Procedures) within his business so that he can hire help and get stuff done while he sleeps.

Specifically, I wanted to dive into what John does after he has “blitz” recorded all 7 shows for any given week.

John says that one of his most important “processes” in his business is to leverage the audiences of the guests that he interviews. This means that every single morning, an email goes out to the person whose show is going live that day on the EOFire podcast. Here’s an outline of that email:

Your interview just went live on Entrepreneur on Fire and you ROCKED fire nation!

I would be honored if you would share your journey with your audience, here are all your links to do so:

This gives the entrepreneurs all the tools and links they need to forward this content along to their own audiences/teams.

By making it this easy for the guests that John interviews, he’s able to generate brand new listens and spread the awareness of the Entrepreneur on Fire podcast to VAST amounts of people.

John stresses that he didn’t have 800k unique downloads every month when he first started his podcast… nowhere NEAR those kinds of numbers. He was just like us, no audience, no online presence, no social media accounts, no interviewing skills. But with consistent action, effort and hard work, the momentum grew and grew to create the incredible snowball effect.

John points to one specific period in time where he really noticed that EoFire had passed its tipping point; and that was May of 2014. John and Kate went to Europe for three weeks and had set up their “system” appropriately such that all the episodes of the podcast were lined up to go out on the appropriate days, all the blog posts that Kate had pre-written had gone out, the listenership continued to grow.

The best part about his trip is that while they were away enjoying Europe and taking in the sun, John and Kate earned $150,000 in revenue.

John has a system to figure out what systems he needs to automate.

How cool is that? Very meta.

He recommends you keep track of all the things you do in a day on either a piece of paper, or some sort of to-do list software. Then after a month or two, take a look at all the tasks that you have written down on that piece of paper (or piece of software) and break them down into three columns:

Then you go after the low hanging fruit. Get RID of those tasks that you do on a daily / weekly / monthly basis that would be easy to offload to a VA.

PS. You can learn all about VAs in a previous Coders’ Startup episode.

that lays out everything you need to know about hiring virtual assistants.

The #1 Podcasters’ Community in the World

John’s flagship product is called Podcasters’ Paradise and this is a community that I’m an active member of, and it is truly amazing. The Coders’ Startup podcast probably wouldn’t be in existence today if it weren’t for the video tutorials and tools inside of this community. 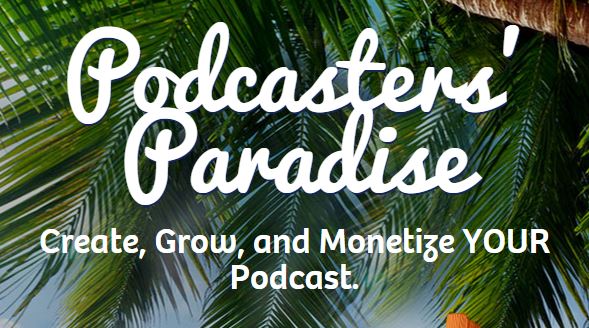