In Episode 29 of The Coders’ Startup, Carter and I dive deep into one of my favorite topics — split testing. Split testing various aspects of my sales funnel has uncovered so many insights to my business that I otherwise wouldn’t have known about. In this episode, I’ll let you in on what’s worked for me and how you can apply split testing to your own business model. Let’s get to it.

What is Split Testing? 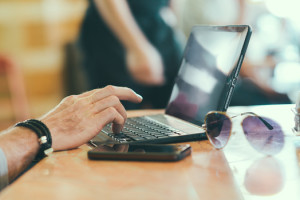 Before we go any further. Let’s first talk about what the heck split testing actually is.

In a split test, you take what you already have (whether it’s an email subject line, a CTA button, or landing page copy) and test it against a theory you have about how to increase conversion.

Conversion here could mean a number of things — leads, subscriptions, customers, etc. It all depends on what you’re selling and what your business model asks for. Carter sums up a conversion as any “goal outcome” you might be going for. Maybe you have a goal of increasing traffic to your site, or maybe you want to turn a lead into a sale. Basically, conversion is your end result of that goal and will keep your business moving forward.

Okay, great … What next?

So, now that you know what split testing is, the next question is — when and how should you start implementing it into your daily grind? Really, there’s no right answer. When you start split testing is totally up to your discretion as an entrepreneur. Whether you have 100 visitors coming to your site, or 100,000 visitors, it doesn’t matter too much when you start, but we like to think that the sooner you can test something (anything!), the better. (As long as you have a decent sample size, of course).

There are a lot of tools out there that can help you get started in split testing. Leadpages, which I’ve mention before on the podcast, is my favorite. Not only can you do A/B tests easily, you can craft much more complicated tests and see what is working within very segmented audiences (more on that later). Another good option you might want to check out is Optimizely. (Links at the bottom of this post).

Tests and Your Sales Funnel

In a discussion before we did much testing (no pun intended) or research, Carter and I both assumed that testing at the beginning of your sales funnel (at the opt-in point) would be the most beneficial to bottom line. But once we started testing , we realized that by increasing conversion further down the funnel, revenue is impacted even more.

Why? Well, it’s a lot easier to convince someone who is already engaged in your content to make a purchase, rather than someone brand new. That’s not to say that increasing opt-in conversion at the top of your funnel isn’t important, but don’t shy away from tests further down the trail.

Bottom line — test every part of your funnel. And focus on improving every single aspect of your customer journey. Then, sales will prosper.

So, we already know that testing for how you obtain email sign-ups is a good place to start. The next point at which you could split test, is something to get your subscribers to actually open the emails. How do you get someone who’s joined your list to open that very first email? If you can get them interested in your content sooner, the better off you’ll be. It’s important to hook them early on, right after they subscribe to your emails. Why? Think about it. Asking them to open the fifth email is a lot harder than getting them to open the first.

Another good test you can do early on, is testing call to action buttons. Call to action buttons are the icons that people click to make a purchase, sign up for email, etc. What’s written in your button, and the color and shape of your button, truly matter in getting customers to convert.  These are all things you can test. Maybe a red button will resonate best with your audience. Maybe blue. Who knows? Try them out, see what happens, and learn from the results. 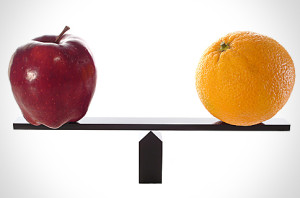 A quick word of advice — try not to split test too many things all at once. Unless, of course, they all “go together”. In other words, try to always be comparing apples to apples. Like the colors of your CTA buttons, for example — you could test the conversion rate of four different colors at once, but you might not want to test three different colors and two different version of copy at the same time. Instead, keep the copy the same so you know which color works best. In summary, make sure any test you run has a clear objective.

Do You Know Where Your Traffic is Coming From?

Because, it matters. For me, I have two main sources of traffic. One is organic, visitors come in through my blog and sign up for emails there on a home landing page. My other main source of traffic comes from Facebook advertising. What’s very interesting to me, and what I wouldn’t have learned had I not tested it, is that the two different sources of traffic convert at vastly different rates.

To learn more about this, I split up my landing page into an A/B test and I tested the same template for both sources of traffic. The results? Template A converted way better for Facebook traffic. Template B was the opposite outcome. It was very unexpected and just goes to show that audiences, depending on where they’re coming from, can be very segmented. This is the beauty of split testing, it can help you learn what your audience wants and is looking for.